Tara is the mother of Four children, three boys and a girl. Quinn was her eldest child, and he was an only child until he was 11. She misses him greatly and hopes to make it so that at least one less mother suffers through what she does. Tara would like to see more discussion about bullying, especially online and also a more open discussion of teen depression and suicide.

She is also the Chair at Brigham Suicide Prevention since 2018. BrighamSuicidePrevention.org

Tara is a QPR Gatekeeper and a Provisional SafeTALK trainer through LivingWorks.net. She is qualified to present QPR, SafeTALK, and Talk Saves Lives. She is also a SafeTALK and ASIST trained-caregiver. She also completed the Didi Hirsch SOSA (Survivor of Suicide Attempts) training in June 2017.

She can be reached at t.e.roche@TheQuinnProject.Org 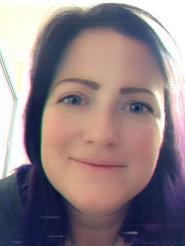 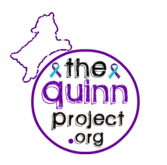 Georgia is Quinn's cousin and the mother of one boy. She recently married the love of her life, Jamie. She hopes to raise awareness of bullying, having been the victim of bullying in school herself. She brings a unique perspective to the Quinn Project.

Georgia  is qualified to present Talk Saves Lives and is SafeTALK trained.

She can be reached for speaking at schools,

businesses and functions at

Darla is Quinn's aunt and the mother of three boys and a girl. She is also a grandmother of two. She would like to see an end to bullying and the stigma that surrounds depression and suicide. She firmly believes that this stifles discussion and causes Teens to be afraid to reach out for help, so that they suffer alone unnecessarily.

Darla is qualified to present Talk Saves Lives and is SafeTALK trained.

She can be reached at endthestigma@theQuinnProject.org